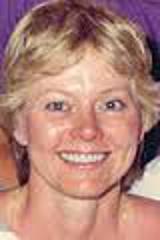 “Me and my friends were all hanging out together until we decided to go to our church youth group gathering. When we were leaving, we decided to drive in separate cars and me and my friend took my car and the other four went in Josh's truck. There were two different ways to get to our destination and we took opposite ways. They both led to the same road and that's where we saw boxes and broken plastic everywhere. When we saw the truck up on the hill we immediately knew it was Josh's truck. We ran up the hill to see two of our best friends dead and the other two injured. It was the worst thing that I have ever seen and it has greatly impacted my life.”

If you ask an anonymous observer of what they see when watching Keegan Helton play hockey, some of the attributes mentioned would be - smooth skater, hard shot, feisty, emotional, just to name a few.  After coaching Keegan for three years, I wouldn't disagree with any of those comments.  However, the one word that embodies Keegan the most - determined!  Yes, Keegan is without a doubt a determined hockey player but, more importantly, he's even more determined off the ice battling Type 1 Diabetes.
Keegan began playing for me in May 2017, after being diagnosed with diabetes in March 2017.  Since then, Keegan, along with his parents Rachel and Damien, have tackled diabetes head-on, as they are advocates for diabetes awareness.  Since his diagnosis, Keegan hasn't missed a beat.  Keegan has educated his teammates by explaining his medical device he wears, as well as most recently playing in Toronto for a Diabetes awareness hockey tournament, where all participates are dealing with diabetes.
In my three years of coaching Keegan, as he has been adjusting his day-to-day life with diabetes, he’s never once complained to me about it, has never once asked for sympathy, or never once used his diagnosis as a crutch.  In fact, if you asked that same observer if you notice anything different about Keegan and the other players on the ice, I’d expect the answer to be – nothing, he looks just like the rest of the players.  Which is exactly how Keegan would want it!

Starting the 2018-19 season, Shayne had a slow start, but as the season progressed, Shayne continued to improve with hard work and dedication to the team.  During the Compuware/Honeybaked Classic Tournament in October, Shayne suffered a serious injury.  He broke his T5/6 vertebrae.  The season appeared to be over.  Through hard work and quick healing, he was able to return to play in mid-January.  By the MAHA State Championships, he was one of the best forwards at the Tournament.

During a late August 2016 practice, Zachary left the ice during practice not feeling well.  Zach had flu like symptoms with a fever and severe chills that caused him to tremble and become somewhat despondent as his tried to undress himself.  After several trips to the doctor over the weekend, Zach was admitted to Detroit Children’s Hospital intensive care unit with a bacterial infection in his blood that settled in his heart.  The next week he battled flu like symptoms as doctors pumped tremendous amounts of intravenous antibiotics into his system to kill the infection.  Days went by and Zach’s health seemed to be improving, but the doctors became worried about his heart.  An ultrasound a few days later revealed the infection had damaged a heart valve and he was scheduled for emergency open heart surgery to repair the valve at the ripe old age of 13.  The surgery went well and the weeks that followed saw Zach’s body healing well.  In December, Zach was given the all clear to return to activity. He started with some light on-ice practices and gradually worked himself back into shape.  It was only about another month and Zach was able to return to the game that he and his family love.  Zach played for Compuware Youth Hockey from the 2014-2015 season through the 2017-2018 season.  He will continue his hockey career playing for orchard lake St Mary’s high school.

Cameron was the captain of the team and one of the hardest workers at every practice as well as off the ice.  He gathered players to work out during the COVID shutdowns and kept in touch with all the players and staff keeping a great positive attitude.  Cam has been a Compuware player for many years and cares so much about his development as well as the teams.